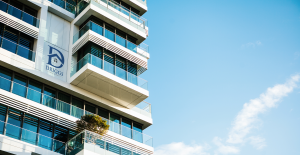 Like much of the US economy, the commercial real estate market has been down the last few years. However, according to Moody’s Investor Service, US commercial retail prices have made modest increases from November 2009 through January 2010. This is from an all time low in October 2009. Is this the start of a recovery for commercial real estate and particularly what is the trend in the Minneapolis area? The following are opinions given by two realtors, who have a combined 45 years of experience in commercial real estate.

What is the current situation in your view?

First of all, it is important to understand that the problems in commercial real estate are not the same as the current residential real estate crisis. The residential real estate crisis was caused by a lot of bad debt allowed by overly lax qualification standards. There is not that kind of bad debt in commercial; instead a lot of businesses went under due to a long deep recession, thereby creating a lot more inventory on the market. The rate of businesses going bankrupt has apparently slowed down and it appears that most of the companies that are still in business now are going to survive. Many of the larger corporations actually have improved their cash situation. There is not any “poison” debt out there that still has to “work its way” out like in residential real estate. However this does not mean that we won’t still see commercial foreclosures due to the economy. The economy needs to continue to improve so businesses can start investing again. We believe that the worst is past, in fact, for the first time in several months we actually have seen a little activity on the user end (companies looking to buy or lease). Previous to that, all the activity was by companies looking to sell or lease out space. This does not mean that we expect to see things booming any time soon. Even companies that are in good financial shape are more reluctant to make a move right now, because there is still a lot of uncertainty. We see the buying process taking a lot longer and lease commitments are being made for shorter terms than in the past. Many reports that we see suggest that money will start flowing back into commercial real estate by the end of 2010.

What are some major factors that could affect a recovery?

One big factor is fear. Companies are afraid to make major moves right now. If the economy continues to improve, we believe that there could be a significant uptick in acquisition activity as businesses gain confidence. The industrial and retail sector tends to lead in a recovery while office space tends to follow them. We need to see some continued strengthening in retail sales for retail properties to start moving. There is a significant number of “big box” (i.e. large retail outlet or distribution spaces) that are on the market right now. Retailers and distributors are going to think long and hard about acquiring a 450,000 square foot facility. We see these types of properties being vacant for a very long time, unless someone comes up with some creative ways to utilize them.

Are there still good “deals” out there in terms of property acquisition?

Rental rates are still at an all time low. Even if average prices have nudged up slightly nationwide, we believe you should be able to get rock bottom or very close to bottom rates. Now would be an excellent time to negotiate some long term lease rates.

How is the Minneapolis/St. Paul area compared with the rest of the nation?

While things have slowed down significantly in this region, we are not seeing the devastating situation that Detroit is seeing with the automotive industry downturn. We also see New York, San Francisco, and Washington D.C. as being harder hit than Minneapolis. The Twin City area has a fair amount of diversity and has a high concentration of businesses in Health Care and Medical Technology. These markets tend to do better in recessions than other industries. There is a possibility that that the Twin Cities will see some strong economic recovery sooner than many other regions of the country.

When the last time commercial real estate was was was thriving?

The mid 1990’s to early 2000 were very good times for commercial real estate. After 9/11 a big downturn occurred. Commercial real estate recovered between 2003 and 2005 and was actually booming for the 2 years prior to the October 2008 stock market crash.

When do you think it will start to thrive again?

We believe that the industrial sector of this economy needs to expand significantly for us to see the kind of activity seen during the 1990’s. The dotcom boom in the late 90’s created a huge expansion in the technology sector. When industry thrives, demand for warehouse and manufacturing space increase. Office space follows as growing companies expand their support functions. The jobs created by industry spur on the retail industry which continues to fuels economic growth.

The Medical Technology sector could be one segment that could help commercial real estate in the Minneapolis area. While this area has been weaker lately, the population of the US (and the rest of the world) is continuing to age and should spur a stronger demand for medical technology and health products. Further, the drive to reduce health care costs could create a stronger demand for technology to improve efficiencies. Medical is one of the few industries where virtually 100% of the its manufacturing is still in the US, so a boom in the medical technology area could generate needs for warehousing, manufacturing space as well as more office space.