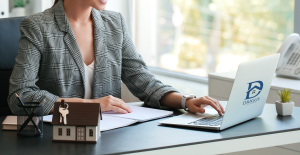 At the end of May, the real estate world was rocked when HUD filed a lawsuit in the U.S. District Court for the Central District of California against several major real estate firms and a natural hazard disclosure reporting company alleging RESPA violations in connection with their former joint ventures.

Although at the time, the industry speculated this lawsuit marked new ground for HUD in taking companies to court over RESPA violations, HUD has in fact done it once before. And curiously, the issues in that first case bear an uncanny similarity to the issues at the heart of the new case.

The real estate brokers being targeted in the suit all agree with Property I.D. that natural hazard disclosure reports are not a settlement service under RESPA.

Mark Panus, SVP of corporate communications for Realogy Corp. (which includes NRT), told Real Law Central, “Like most in this industry, we have operated under RESPA, obsolete and ambiguous as it is, for many years. We dispute the factual and legal allegations in the complaint, including the characterization of natural hazard disclosure reports as being a settlement service under RESPA.”

Likewise, Eliza Walsh, spokesperson for Mason-McDuffie Real Estate Inc. (dba Prudential California Realty in Northern California), said, “The company’s position, based on expert legal counsel, is that the production of natural hazard disclosure reports is not included within the definition of ‘settlement services’ as defined by the federal statute.”

And Steve Rodgers, president and CEO of Prudential California Realty and Pickford Realty, said, “We are confident that our internal procedures and policies, as well as all of our business transactions, fully comply with [RESPA].”

This case proved to be a seminal one in RESPA’s history, as the Sixth Circuit Court’s ruling in this case spurred HUD to amend the statute in 1992.

The story of U.S. v. Graham Mortgage began in 1983, when HUD filed a six-count indictment in the Eastern District of Michigan charging four defendants with the misdemeanor of giving and accepting kickbacks in violation of § 8(a) of RESPA, and with conspiracy to violate that provision.

From September 1975 through May 1979, GMC provided the financing for Rose Hill’s purchase, rehabilitation and resale of Detroit-area residences. For each loan it received, Rose Hill agreed to refer to GMC two mortgage loan applicants from its regular brokerage business in addition to referring the purchaser of the rehabilitated house. In turn, GMC, when making Federal Housing Administration (FHA) or Veterans’ Administration (VA) mortgage loans to purchasers of the rehabilitated residences sold by Rose Hill, charged Rose Hill fewer points than it charged other sellers.

Prior to trial, the defendants filed a motion to dismiss the indictment on the grounds that the activity alleged in the indictment did not involve the referral of business “incident to or part of a real estate settlement service” and, consequently, did not violate § 8(a) of RESPA.

The district court denied the motion. Treating the question as one of first impression, the court held that the statutory language, viewed in light of both Congress’s goal of eliminating kickbacks and referral fees that unduly inflated the cost of settlement services and the interpretation of the statute in the regulations promulgated by HUD, prohibited the alleged activity.

Subsequently, the defendants pleaded guilty to the conspiracy count in exchange for dismissal of the substantive counts. Following entry of judgments of conviction, the defendants filed a motion for arrest of judgment. In an unpublished order, the court adhered to its decision that the making of a mortgage loan was a settlement service and denied the motion. The defendants then appealed to the Sixth Circuit Court.

In ruling on the case, the Sixth Circuit noted that “the critical textual question is whether this definition of ‘settlement services,’ which does not expressly include within its scope the making of a mortgage loan, properly may be construed to do so implicitly.”

HUD advanced a simple argument in support of its position that the language of § 3(3) of RESPA provides for the treatment of the making of a mortgage loan as a settlement service. The government contended that the definition of “settlement services,” by its own terms, does not purport to contain an exhaustive list of settlement services, but rather denoted “any service provided in connection with a real estate settlement.”

The government concluded that because the making of a mortgage loan is the service essential to a real estate settlement, it must be incidental to the settlement and fall within the scope of the definition in § 3(3) of RESPA.

But the Sixth Circuit found that “neither the plain language of the relevant section nor the structure of RESPA affords an unambiguous reading that requires the imposition of criminal liability on the conduct alleged in the indictment.” Accordingly, it turned to the legislative history of the statute.

HUD contended that even if the language of the relevant statutes was ambiguous, the legislative history of RESPA supported the government’s interpretation of the statutes.

In 1974, a bill (S. 3164) was introduced in the U.S. Senate to regulate certain lending practices and settlement procedures in federally related mortgage transactions. The definition of “settlement services” in the bill as introduced was substantially identical to that enacted by § 3(3) of RESPA.

Following passage by the Senate, the House of Representatives, when initially passing S. 3164, amended the bill by striking all of the Senate’s provisions and substituting the provisions of H.R. 9989, which was a House bill generally similar to S. 3164. One significant difference, however, was in the language of the definition of “settlement services.” The House imposed a more closed-ended definition that did not include the making of a mortgage loan within its scope.

But the Senate declined to concur on the House amendments, and ultimately adopted the broader definition of “settlement services” than what was recommended by the House. HUD argued that this decision to favor a broader definition of “settlement services” showed that Congress intended it to include the making of a mortgage loan.

But the Sixth Circuit said, “In settling upon the broader language of the Senate version, we do not believe that Congress intended to bring real estate financing within the scope of settlement services for purposes of RESPA,” finding that “the legislative history lacks the clarity and force to compel the conclusion that Congress intended to treat the making of a mortgage loan as a settlement service when it enacted RESPA.”

Thus, the circuit court reversed the prior ruling, concluding, “In light of our holdings that the language of RESPA is ambiguous with respect to the issue of whether the making of a mortgage loan is a settlement service and that the statute’s legislative history does not direct any resolution of that issue, ‘the rule of lenity mandates judgment for the [appellants].’ Accordingly, the judgments of conviction are vacated and the cause is remanded to the district court for entry of final judgments.”

This ruling was a blow to HUD, which strongly disagreed with the Sixth Circuit’s position, and the decision forced the department to issue revisions to RESPA in 1992. Congress responded by amending RESPA to remove any doubt that, for purposes of RESPA, a settlement service includes the origination and making of a mortgage loan. At the same time, Congress also specifically made RESPA applicable to second mortgages and refinancing’s.

The Graham Mortgage case does differ from the Property I.D. case in one significant way, in that in the first case, HUD attempted to seek criminal penalties for violations of the statute, while in the new case, HUD is seeking only a permanent injunction and disgorgement of profits.

However the central issue remains the same. If the Sixth Circuit Court could find that the original definition of “settlement services” did not clearly apply to the making of a mortgage loan in 1984, could the California court find it does not clearly apply to the provision of natural hazard disclosure reports as well, despite the modifications made in 1992?

And if so, will HUD and Congress have to go back to the drawing board to redefine the parameters of the statute again? Or will the courts this time find HUD’s argument regarding the statute’s broad scope to be sufficient?

The National Association of Realtors recently observed that “should the suit be fully adjudicated and not settled, firms should finally have clearer guidance on what does and does not constitute a settlement service.”

Real Law Central will be watching to see what happens.